So, a part of my thesis is finally published… my book is still in the planning stages, and the website: http://www.ww2poster.co.uk/ needs a distinct overhaul and I am throwing around ideas for an associated blog, but I’m not there yet! In the meantime, I’ve been quoted in the national press in relation to a story which now I’ve done a bit of a hunt, appears to have been circulating for some time, re the discovery of the unpublished Second World War posters ‘Keep Calm and Carry On’ ten years ago by Barter Books, and it’s continued surprise success (although with my love of wartime posters I don’t find the idea that people love posters surprising, it is surprising that such a generally non-visual design is popular, but the slogan is very strong, and very apt in the present times)! 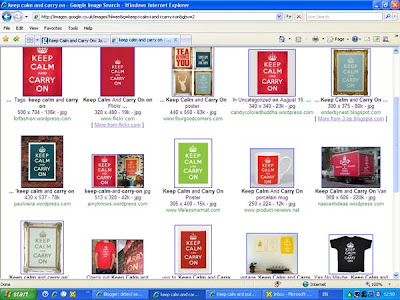